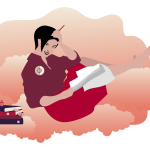 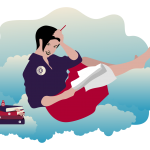 Another day, another week, another story about a brand getting their marketing so very very wrong.  That’s the thing, in the digital age, if someone doesn’t like something, they get to say so, publicly.  And that doesn’t mean a lone angry letter to the CEO.  That means a tweet out to their followers, RT’d, a blog, which turns into a Huff Post article, or Jezebel, and then gets into the comment section of the Guardian or the Independent and it’s gone viral; if you’re really unlucky there will even be a petition started to persuade you to change your policies.  Some of those tweets obviously, they just fall into the ether.  But many don’t.

Now, of course, what can feel like a Twitterstorm might be just that; a storm, and storms pass.  In the scheme of your business, it might be just a blip.  You might not notice a drop in sales.  You may only have succeeded in antagonising a segment of customers that you were never targeting in the first place.  But storms can often turn into hurricanes or tornados.  And those cause lasting damage.

But, take a step back.  Who created that zeitgeist?  You did.  And all the others like you.

The average consumer consumes (apparently, according to my Google search, so it must be right) as many as 5000 marketing messages every day (yes, that high surprised me too!).  Those messages influence what consumers think about the world around them.  Marketing influences societal norms – to an extent, marketing does more than influence, it creates.  Here’s a crazy idea – how about use the power and influence of marketing to create a better society?  Not overnight, but tweaking this and tweaking that, nudge theory, one campaign at a time.  And do it without losing sales.  Do it with your customers on your side, by making your customers proud to be with you, not fearful not to be.

Some brands realise this and are embracing what is being called ‘empowerment marketing.’  The Misty Copeland ‘Under Armour’ ad is a great example of this; and Always has been challenging societal stereotypes with its ‘Like a Girl’ campaign.  There is a fine line however, between empowerment and condescension.  Dove’s Real Beauty campaign is often cited as the leader of empowerment advertising – but they made a misstep too into patronising condescension with their ‘Patches’ campaign.  The fact they are owned by the same company who objectifies & sexualises women through Lynx is also oft-quoted by some.

Getting the balance right is always going to be difficult, especially when customers are mostly savvy to the insecurity you have been selling them.  They know the picture of the beautiful model is photo-shopped; they know even the models aren’t as beautiful as you pretend them to be.  So, there will be distrust and cynicism.  The only way to overcome distrust is to earn trust.

Appeal positively to your consumers’ emotions

Be a positive force for good in the wider world

When using humour, laugh with your consumer

Trade on your consumers’ insecurities

When using humour, laugh at anyone

What do you think?  Do you have examples of any great marketing campaigns that show others how to do it?  Please share them in the comments here.  Thank you for reading.

Curious Decisions will help organisations and their people make more ethical marketing choices by showing you how to put those choices at the heart of decision making.  Interested? Get in touch. info@curiousdecisions.com